JavaFX delivers many options for developers to decide how to implement their GUI.

Even all can be done in Java code, but there are many advantages for using FXML and CSS separately.

###Use JavaFX to build a Login screen

Example code are created with IntelliJ, but any IDE should work the same way.

Here is a screenshot of the Light blue theme has been built: 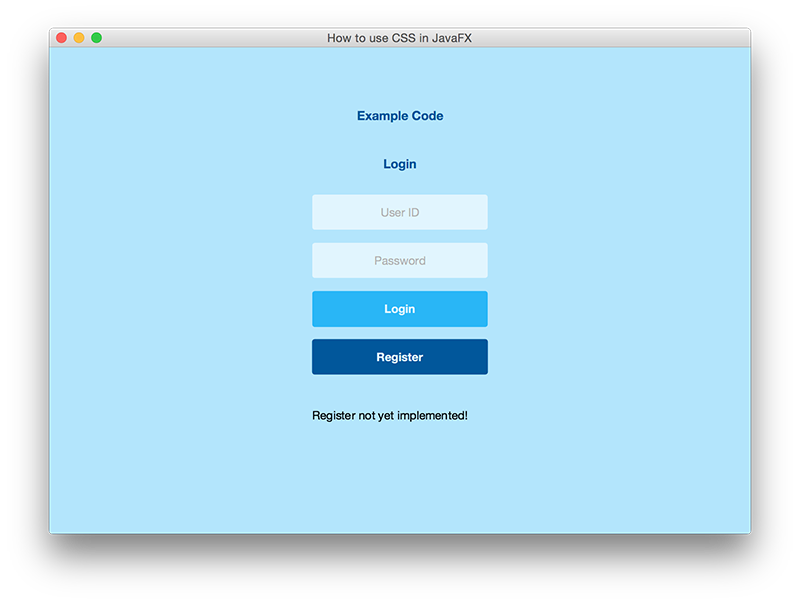